Home › Editorial › Music, Culture & Everything › In the Endless Search of Soul | The Story of the Mighty Imperials 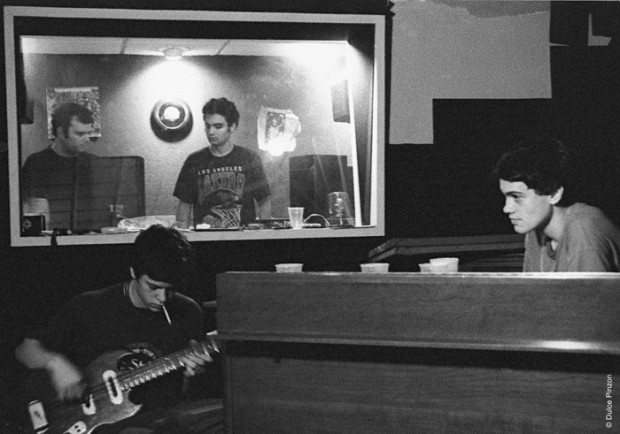 The Endless Search of Soul is a running feature on this blog to highlight new and old soul records that may or may not have reached a mainstream audience. Told directly from the point of view of the artists, engineers, or label executives, The Endless Search of Soul will aim to shine new light on the artists, songs, and albums that have the unmistakeable sound of Soul!

It seems that the idea of three 16 year old kids walking into Desco Records to record an absolutely incredible record is something that is more attributed to the early days of the record industry. But hell, even Elvis was a grown man of 20 years when he cut his first record. In comparison to where The Mighty Imperials were in the summer of 1999, Elvis was an old man.

Desco, the studio where the Mighty Imperials cut their only release, Thunder Chicken, eventually folded soon after cutting this and it sat on the shelf until 2001 when it was released illegally in Britain, however in 2004, Daptone took hold of the record and released it officially.

In that 5 years between recording and official release Leon Michels, Homer Steinweiss, Nick Movshon, and Sean Solomon had already become some of the best session musicians of their era playing as founding members of the Dap-Kings, Antibalas, Soul Fire, and the El Michels Affair.

This amazing story of “the kids” at Daptone is told by Bosco Mann, the engineer on the sessions:

“… I think they had to play hookey from school to make the date. No jive.

The Mighty Imperials had their own unique brand of Funk. Their style was obviously heavily influenced by the Meters but unmistakably their own. It was raw but disciplined, raucous but minimal. It had a sense of humor, but at the same time it was genuine. And man, was it Soulful! Somehow these four kids had been gifted with taste, talent, and discipline well beyond their years.

Sean Solomon was on the guitar. He had a sound like he’d spent a decade cutting R&B sides in Memphis. Like an old country boy come in to play bog city licks. Nick Movshon played the bass with a confidence and attitude that defied his youthful personality. He dug in and walked like a Motown pro, effortlessly soulful and intentional, as if he didn’t know any wrong notes. Tall for his age and lanky, Leon Michaels hunched over the Hammond organ, welling and swirling like an old man at a Baptist church. His mouth would open and close with the sound as his fingers danced about the keyboard. On the drums, was Homer Steinweiss. He was maybe the goofiest of the crew.  He had a big mop of curly hair that would bounce up and down when he played. But when he sat down at the trap his sound was terrifyingly powerful, reminiscent of the big stompers from New Orleans. James Black, Zigaboo Modeliste, and Clyde Stubblefield all rolled up into some unlikely high school kid. If I really wanted a take out of him, I just had to tell him one thing before we rolled: “Homer, be the Bull.” This was an inspiration behind their second single, The Matador, on which Homer practically banged himself off of the record.

I don’t remember whose idea it was the call up Joseph Henry on the sessions. The kids might have been fans. Joseph had cut a ’45 with us the year before called “Who’s the King?” which had become a relatively big hit on the funk scene. He had come up singing gospel and after a stint with the Coasters had ended up in Bed-Stuy, Brooklyn. He had a real soul shouting style that instatnly locked with and energized the Imperials in the studio. When he first walked in the guys were already messing around on some groove, waiting for him. He threw off his coat and wlaked straight to the mic. “Keep it just where it is,” he commanded. He had already started singing by the time I got across the control room to the record button. Later, we added some horns and put it on the record as “Soul Buster”.

I have cut a few records since then, but the Thunder Chicken sessions will always sit apart in my memory as one of those unlikely, inexplicable sessions where everything just came together. Pure Funk Magic. Since the, the Mighty Imperials have grown to be irreplaceable part of such groups as the Dap-Kings, Elmichels Affair, and the Antibalas Afrobeat Orchestra. Some of them are off at University. To me however, no matter how old they get, they will always be ‘the kids.'”