Happy Holidays from Playback and The Elwins! 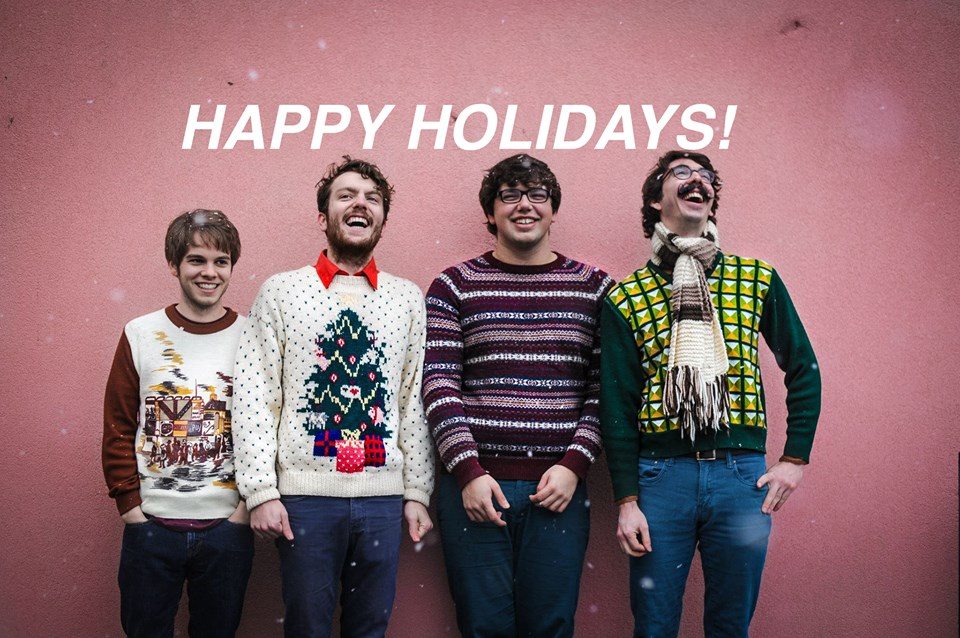 Newmarket, Ontario – The sleepy town of 80,000, north of Toronto, has not been known as a hotbed of new Canadian artists until the recent emergence of The Elwins.

I mean no offence to the good people of Newmarket, of course. As a matter of fact, it is a point of pride that the band itself states that they are NOT, in fact, from Toronto. By choosing to stay in the outer-boroughs, the members – Matthew Sweeney (guitar/vocals), Feurd Ian Robertson Moore (Guitar/Keyboard), Travis Stokl (Drums), and Frankie Figliomeni (Bass) have kept their light, bright, and sometimes funny attitude to their songwriting and performances.

Unfortunately, there is a lot of misplaced civic pride involved in the politics of the Toronto music scene – “if you’re not from Toronto don’t claim to be”. The Elwins make no claim. Although the 45-minute commute can sometimes be a treacherous 2 hour journey, the Elwins keep their allegiances close to home and leave the Queen West ‘homers’ to enjoy their music on the Elwins’ terms. At first glance you’d expect to see these skinny, mustachioed young men perusing some after hours bar speaking of organic kale. This pretentiousness, however, does not exist in their character – the Elwins are the genuine article and work hard to engage their audiences more so than many other Toronto acts. Since the band was formed in early 2008, the Elwins understood their best skills lied in live performance, which does require more leg-work, but results in a much more dedicated fan-base.

In 2012, after turning heads at SXSW they released their debut LP And I Thank You to modest success, mostly due to their inability to garner any major label support for the release. This has left many who follow the band scratching their heads in wonder. How does a band with such a dedicated fan base and a great sounding, self-produced record be denied label support?

Regardless of the snubbing, the Elwins carried on – touring Canada, the US, and Europe the only way they knew how: in the back of a van. 2013 has been a very, very busy year for the act, from Hannover to Barrie on their own dime all while keeping their homestead intact.

Of course we would be remiss to write about the Elwins without mentioning their talent for producing supporting videos. Naturally, the only way to illustrate this is by watching them, so….

It’s only a matter of time before hard work pays and then entire world will be scratching their heads wondering how they went unsigned for so long.

Download The Elwins to your MUSICBox On-Demand via the PCM Online Music Catalog by following this link.