From Folk to Neo-Soul, find out what genres make for a perfectly blended all day Coffeehouse playlist June 29, 2020

Welcome to RX Music’s Genre Breakdown. Here at RXM, we are obsessed with curating a diverse set of playlists and musical experiences for our clients and subscribers to choose from. This series is designed to provide a brief overview of some of our more specific genre sets. They each include a brief historical overview and highlight important artists and albums that make up the genre. 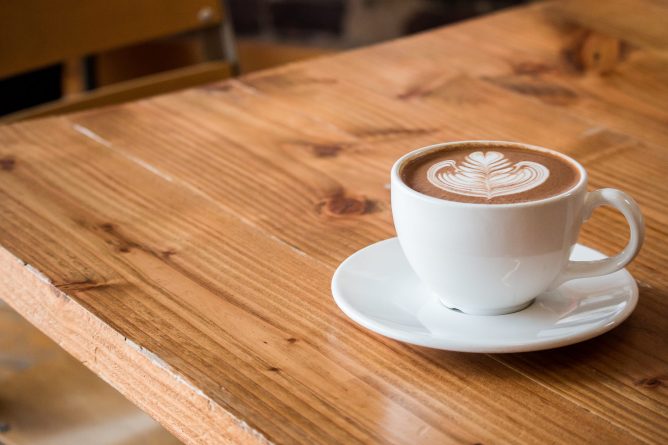 Recently, the RX Music Programming Team got together to discuss and create the perfect Coffeehouse playlist for all day listening. After much deliberation and many pots of coffee, we are proud to present RXM Coffeehouse to our subscribers and clients. Whether you’re ordering a morning latte or a late night espresso, this Coffeehouse playlist is the perfect caffeine kick to your day.  All the best mellow folk, indie, pop and soul for café-goers on a first date or working to meet a due date. Freshly grounded and served hot. The following is the methodology we consulted to create it.

ORDER UP: WHO IS OUR AUDIENCE? 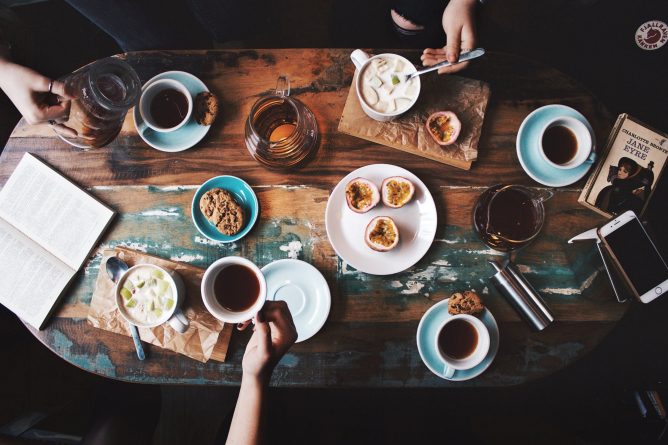 In curating this playlist, we worked to find a middle ground between calming and upbeat to emphasize the versatility of this content so that it can be played at any time of the day. To quote Jim Hopper from Stranger Things: “mornings are for coffee and contemplation”. In the morning, the jolt people crave to start their day should stem from the coffee beans – not a high energy pop song or a rock n’ roll guitar solo. Many people also arrive at a café or bistro to study, write or get some work done on their laptops and may crave a more mellow soundtrack to fuel their creativity and work flow.

In contrast, many arrive at the coffee shop with energy matching that of a high octane shot of espresso – with extra sugar. Perhaps it’s the group of friends coming in to socialize over some sandwiches or the people filing in for an iced latte after a workout – our playlist is fitting no matter the occasion. The songs flow through a medium energy octave, with lower and higher energy cuts complimenting the average throughout. That means that our folk tracks are introspective and dreamy, without being too sleepy. Our indie rock and pop picks are trendy pick me ups, without being too loud. Our soul/R&B selections are moody and edifying, without an overwhelming amount of drums or bass. Think of this playlist like the perfect cup of coffee: a calming and gentle beverage that is also bold and full of energy. 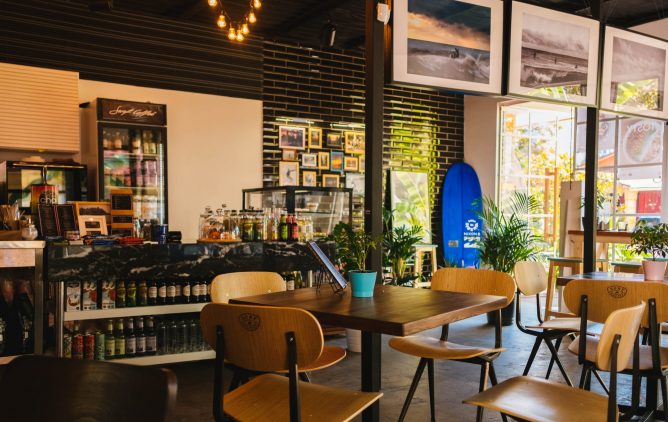 CLASSIC FOLK AND WHAT IS A COFFEE HOUSE?

A discussion of what should be on a Coffeehouse playlist should always begin with the genre of folk. It is this genre that is the most important to our contemporary notions of “Coffeehouse music”. In examining the relation between folk music and coffee houses, we must begin by asking: what is a “coffee house”? Coffee houses began in England in the 17th century. They were places where people gathered for debates over the namesake drink that had recently arrived on the continent. In the early 1960s, coffee houses became pillars of the bohemian and hippie communities, which began for the first time in New York City. This grew out of a desire to have a social space to present art, poetry, and music in contrast to the loud and rowdy downtown bars, fueled by alcohol. Many coffee houses operated without liquor licenses entirely.

The Gaslight Café in New York City: a bohemian coffee house that hosted folk music performances by the likes of Bob Dylan and Phil Ochs

The live music of choice at these coffee houses was acoustic folk music, which took North America by storm in the 1960s. In America, the main coffee house enclaves were found in New York and San Francisco. American progenitors of this genre included Bob Dylan, Phil Ochs, Pete Seeger and Joan Baez. In Canada, one of the most prominent coffee house scenes was located in the neighborhood of Yorkville in Toronto. It was in these coffee houses such as The Riverboat and The Penny Farthing where Gordon Lightfoot, Joni Mitchell and Neil Young got their start. Flocks of people gathered nightly to these coffee houses to enjoy a hot cup and beautiful folk music.

Coffee houses, cafés and bistros today still play folk music as their staple soundtrack. However, folk has changed and evolved since the 1960s. Perhaps the most popular of contemporary folk trends is Indie Folk. These artists build upon traditional folk trends of softly finger picked acoustic guitars and light vocals and employ a myriad array of alt-rock instrumentation such as electronic guitars and keyboards to produce a mellow yet upbeat sound: exactly like our playlist. Artists such as Sufjan Stevens, The Head and the Heart, Andy Shauf, Fleet Foxes and The Milk Carton Kids are perfect for a modern Coffeehouse vibe.

Sufjan Stevens is one of the forefathers of indie folk, combining lush instrumentation with acoustic guitars and homegrown lyrics on albums such as Illinois (2005) and Carrie and Lowell (2015) Credit: Kevin Winter 2018 Getty Images

There also has been a recent trend over the past 10 years or so of combining folk music with roots rock under the guise of Americana folk. These groups are inspired as much by folk musicians as they are Don McLean and The Band in crafting narratives within their songs with echoes of gospel and country music. Perfect for the café goer who comes armed with a novel or an e-reader in hand, groups such as Hozier, Father John Misty and Mumford & Sons are great authors of song and story.

Indie rock and pop’s reverb soaked chords and warbling slick synths are the perfect blend to enjoy your perfect blend to. This playlist features plenty of artists that didn’t wait for record labels and music executives to come their way – they made it through being fiercely independent. Just like the clientele of a coffee shop crunching spreadsheet numbers on their laptop or writing the next big novel in their notebooks. The rise of indie rock and pop has resulted in the emergence of a bohemian hipster culture. The coffee shop is a happening place for these groups and this music has in turn influenced the aesthetic of a coffee shop quite a bit. Artists like Mac DeMarco, Jr Jr, Pinegrove, The 1975 and Lord Huron provide that artsy fuel for your customers next big projects – or maybe just a conversation of what that they could be.

Chill R&B and Neo-Soul round out our Coffeehouse playlist. A wise man once said, “coffee is fuel for the mind that nourishes the soul”. I don’t who that wise man was (it could have been just me after my third espresso in the RX Music lunchroom) but regardless, soul music and a hot drink is one of the most divine pleasures known to man. Serving up that soul with a scoop of sugar are a legion of musicians that are bringing the classic Motown soul sound of Marvin Gaye and Otis Redding back in style. I’m talking about the likes of Michael Kiwanuka, Leon Bridges and the late Charles Bradley. We also have an array of neo-soul, a genre which pairs up the classic soul sound with hip hop and jazz influences. The songs of Frank Ocean, Erykah Badu and Daniel Caesar serve as poignant examples.

Leon Bridges, who has a classic yet modern sound inspired by the greats of Motown. His album Good Thing (2018) is a perfect example of this

The smooth and sultry sounds of modern R&B are also prevalent here. Lots of this brand of R&B takes on a chill lo-fi vibe: with packed layers of electronica drums and keyboards from the best producers in the business to give it a futuristic sound and the complexity of a rich cup of tea. Solange, Ella Mai, Summer Walker and Jhene Aiko fit this bill and provide the chill soundtrack for relaxing and unwinding in the morning, noon or late at night.

Solange, who’s album When I Get Home (2019) is immaculately crafted and provides an amazing avant-garde café soundtrack – both vocally and instrumentally. It was voted our favorite alternative R&B album of 2019.

There you have it. Our Coffeehouse playlist. Best enjoyed with a damn fine cup of coffee and a piece of cherry pie. Or tea, if you prefer.