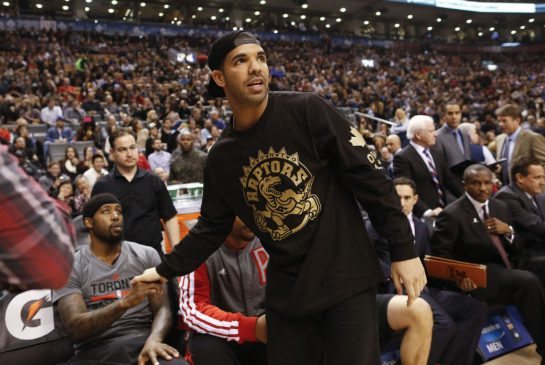 He’s in the middle of a world tour, his record from only a couple months ago is still selling, he’s recruiting players for TFC, and the Raptors gave him his own night, but he’s still releasing tracks. That’s admirable. A lot of rappers/label execs would rest on their accomplishments for a while – I mean, Drake has had a very busy 12 months.

Knowing Drizzy’s work ethic and his ability to be a million things to a million different people, it’s no surprise that he’s been releasing tracks on SoundCloud over the past 2 days in the midst of his busy schedule.

There are a few random shout-outs here: Jennifer Lawrence, Chance the Rapper, Johnny Manzel, Andrew Wiggens, among others, but generally it’s Drake’s standard fare – he’s getting out produced by his producers.

Generally, it’s not how good you are but who you surround yourself with, that truism continues with Drake. He doesn’t have the best lyrics, flow, sound, anything… he’s really a mediocre rapper. But his production team, Octobers Very Own, these guys know exactly what they’re doing and they’re doing it well. Drake gets constantly out done by his producers and although I was a little embarrassed for him when his album dropped last year – I’m not anymore. He knows what he’s doing, and I’m fine with that.