Coachella has officially wrapped up both weekends of festivities this year, and with about 100,000 attendance PER weekend, and $84,264,264 in revenue, 2016 was the biggest Coachella to-date. Over 150 artists performed each weekend across almost a dozen different stages. I was fortunate enough to attend Weekend 1 this year, and while I could easily write a small book about every performance I saw over the weekend, this will be a brief summary on the highlights. 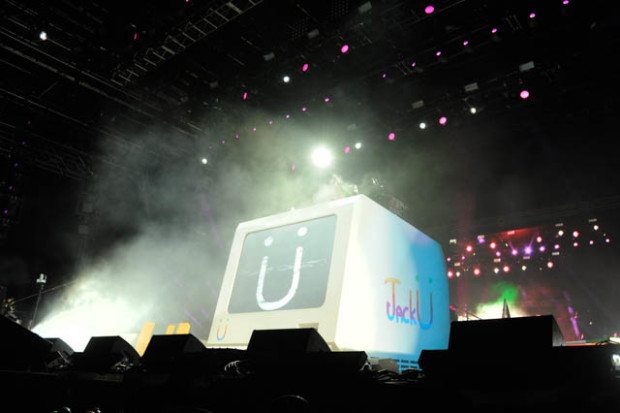 Friday night’s highlights included one of electronic music’s biggest duo’s: Jack U. Formed from production pillars Skrillex and Diplo, Jack U came out to have a good time. It’s easy to see that they don’t really have an agenda except for having fun. Rolling across multiple genres of trap, house, hip hop, and rock, it seemed like there was no where they wouldn’t go if it meant getting everyone’s hands in the air. They also played multiple tracks off their album such as To U and Where Are U Now, and brought out guests Aluna Francis and Post Malone. 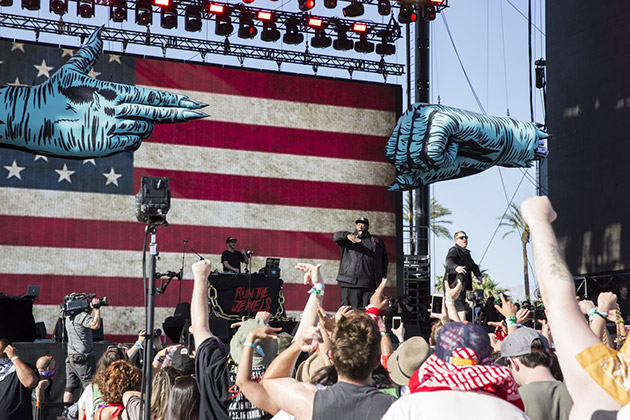 One of the suprise hits from Coachella, and a great way to kick off Saturday, was Run The Jewels. This dynamic hip hop duo formed from NYC based rapper El-P and Atlanta based rapper Killer Mike started off their set from a surprise video introduction from none other than Democratic Presidential candidate Bernie Sanders, which drew quite a bit of excitement from the young crowd. While the crowd started a bit thinner, it soon ballooned in size as they played songs from their latest LP “Run the Jewels 2” such as “Love Again” and “Close Your Eyes”.

In addition to the video cameo of Bernie Sanders, RTJ also brought out guest Gangsta Boo and one of my personal favorites, legendary rapper Nas who performed his classic “Made You Look”.

One of the highly anticipated performances of the weekend was Disclosure, who brought their live performance outfit and a plethora of guests to the desert. Playing mostly material from their newest album “Caracal”, featured artists included Pop mega stars Lorde, Sam Smith as well as indie vocalists Lionbabe and Kwabs.

Another very highly anticipated set from Coachella was the ever mysterious producer Zhu. Zhu had by far one of the most congested audiences of the weekend, as people were constantly pushing and shoving in very tight spaces to try and get a better look.

Zhu’s set offered a very unique experience to the Sahara tent, playing live instruments as well as Djing on stage with lights dimmed over his silhoutte masking his face and features. He performed some of his biggest hits such as “Faded” and “Automatic”.

My personal favorite performance of the weekend, was West Coast legend and former NWA member Ice Cube. He brought a rather elaborate stage setup consisting of two levels, atop was a large hand forming the West Coast trademark “W” that also doubled as a chair which Ice Cube performed his first song “Gangster Rap Made Me Do It”.

As Cube performed various solo singles, he slowly brought out the remaining members of NWA MC Ren and DJ Yella (sadly no Dr. Dre) and performed some of their biggest collaborative hits including “Straight Outta Compton” and “F*** the Police”. Seeing this live was like being a part of West Coast history as images flashed across the stage of their concerts from their controversial time throughout the 90s. Other Cube guests included Common and his son O’Shea Jackson

If that wasn’t enough, Cube eventually brought out his West Coast counterpart Snoop Dogg who was dressed in a very plush robe riding a shiny tricycle out on to the stage. Together they performed “Go to Church” and “The Next Episode” before finally closing out with Cube’s Classic “It Was a Good Day”.

A surprise hit from the weekend were indie pop duo Matt & Kim, who were a great way to start off Sunday’s festivities. I had never seen them perform live before, and they definitely know how to get a crowd going. Kim is genuinely crazy as she yelled out between sets phrases like “the world runs on p****y”.

Together, they performed a variety of hits including two of my personal favorites “Get It” and “Hey Now”.

Diplo was back for seconds with his (other) supergroup, Jamaican themed Major Lazer. As a USC graduate, I was also pleasantly surprised to see them bring out the USC marching band who provided their beat for Major Lazer’s most recognizable hit “Pon de Floor”. Major Lazer is always a good time and played a very energetic set. Towards the end, they also brought out a surprisingly awesome guest, Jamaican rapper Sean Paul, who performed his single with Major Lazer “Come On To Me”.

One of the best critically acclaimed acts of the whole weekend was Sia. From her veiled appearance to her stunning visuals, Sia held the crowd in a trance for the solid hour she performed. Every one of her songs sounded exactly like the recording, a testament to her incredible skill and talent as a vocalist. She sang many of her hits such as “Cheap Thrills” and “Chandelier” as well as incredible covers of “Titanium” which she featured on as well as Rihanna’s “Diamonds” that Sia had songwritten on.

One of the best little known secrets of Coachella is the Do-Lab. This small, but energetic stage is off in the corner from the main stages, but offers a truly unique experience for those looking to hear some of electronic music’s lesser known but up-and-coming acts. Some of the acts over the weekend that stood out to me were Bob Moses’ DJ set, Future Bass producer Wave Racer, and Electro DJ Ghastly.

Despite the intense heat, raging dust clouds (that caused me to lose my voice by Saturday), dead cell phones, and tired limbs, Coachella is truly one of the top music festivals offering some of the best music in the world, and a very special place that I hope to be able to return to next year.