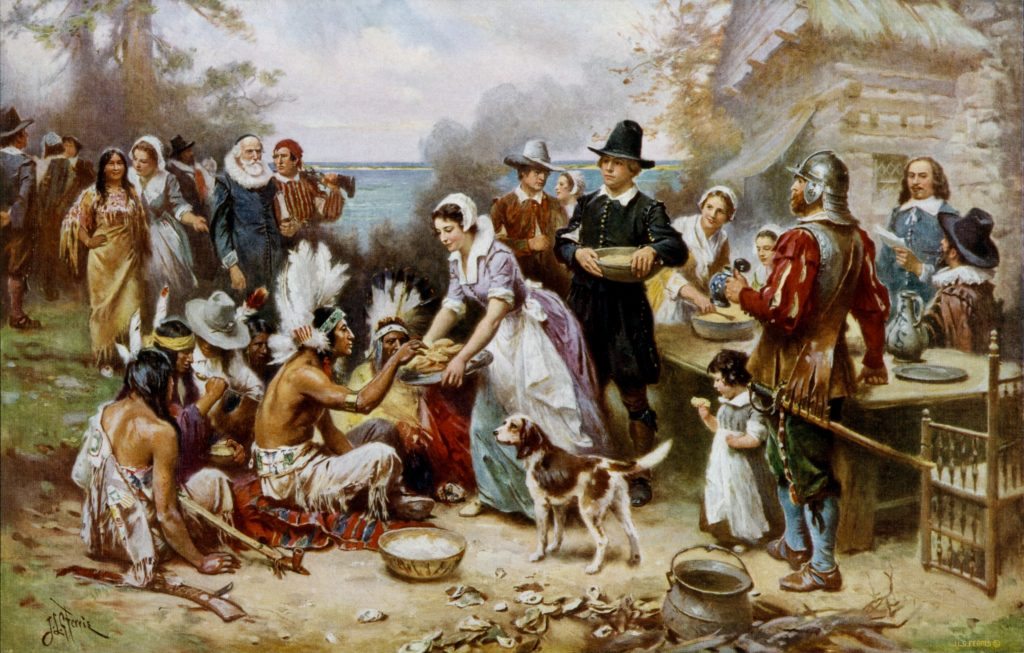 Load up on that red wine, turkey, cranberry sauce, awkward conversations with that Uncle you only see once a year, dishes, and football – it’s Thanksgiving, baby! Wooooo!

Well, at least to those living in the US of A – Thanksgiving happened for Canadians in October, Liberians on November 7th, and the clamoring for the drum stick took place yesterday on the Norfolk Islands.

No matter how or when you celebrate the harvest, your annual Turkey Bowl will never live up to the hurdles that the original feasters had to bypass to get to the mashed potatoes. In Canada, the first “Thanksgiving” was celebrated by the explorer Martin Frobisher who had been trying to find northern passage to the Pacific Ocean. He tried on numerous occasions without success. Before setting out on his last journey up north, he and his expedition held a very formal ceremony and feast by the aptly named Frobisher Bay to give thanks to God and stuff their bellies before heading even farther into the arctic.

The classic US version of it is a little more straight forward – Pilgrams landed at Plymouth in 1620 and the following fall had a massive party!

Nowadays Thanksgiving is revered as an almost religious holiday – even if its initial purpose was to combine several autumnal church holidays into one weekend so people actually showed up to work in the fall, really, it’s become the celebration of the autumnal equinox and amazing deals at WalMart.

Oh yeah, there’s Black Friday too, the first true shopping day of the holiday season. Almost all schools, government agencies, banks, firms, and offices are closed so folks can bid farewell to autumn, and kick off the festive season with some serious shopping.  As many true American traditions do, the name Black Friday originated in Philadelphia around 1961, where the term was used to describe heavy pedestrian and vehicle traffic the day after Thanksgiving; things have certainly progressed from there!

As a tribute to the annual giving of “thanks”, here are a few selections to get you in the mood!