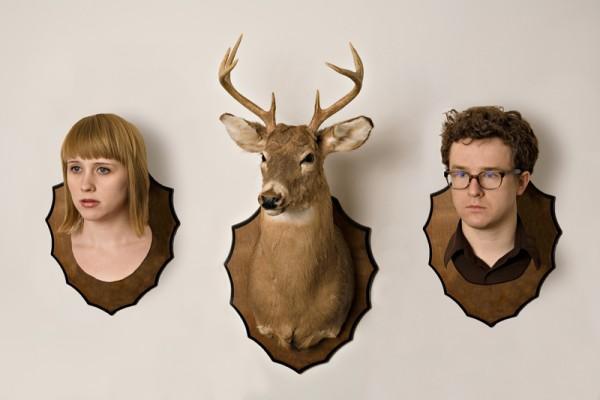 Either we’ve finally reached a future where the idea of folk music now includes synthesizers, large electronic swoops and swirls, and long-form concept albums, or the tremendous twosome of Wye Oak have completely gone electric.

The sound and timbre of Shriek, released just this past Tuesday is a complete 180 degree turn from the acoustic guitars and folk-isms that this Baltimore duo have become known for, especially after their previous release Civilians.

All that being said, I’m not quite ready to not call this a folk record, nor do I think Wye Oak has completely left their folk sound behind. The whole record (especially the ambient work) is foggy, with a sort of wide-open feel that evokes the feeling of being utterly alone in the country.

As was the case with St. Vincent’s self-titled release earlier this year, there are a few songs that jolt the listener from their haze and force your attention, but generally this is a fairly peaceful record that truly shows the development of an act into something completely different.