Home › Editorial › Music, Culture & Everything › Wu-Tang Clan to release only one copy of their secret album 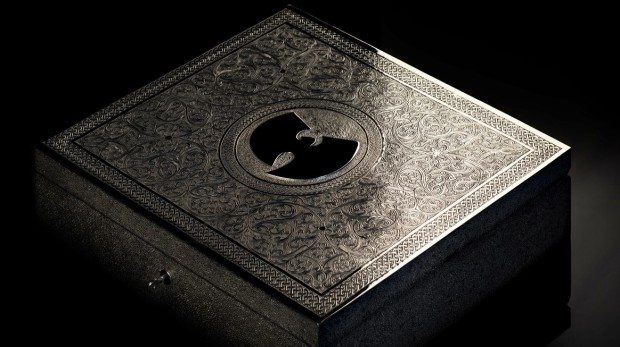 In a move which is baffling music lovers and executives everywhere – the Wu-Tang Clan, in a recent interview with Forbes, has said that they are only releasing one (1) copy of their forthcoming “secret” album. The goal, according to RZA is to start the conversation again about modern music being considered art.

Once completed and manufactured the album itself will be put on a “listening tour” of festivals, art galleries, museums, etc. before finally being auctioned off (or sold) for a price tag somewhere in the millions. Clearly this will be a windfall for all those involved, but there is any number of things that can happen once this album hits the open market. If bought by a private citizen it could very easily be released for world-wide distribution for free. Although this would diminish the value of the album slightly, depending on how the album sounds, it could make that one physical copy even more valuable.

Look at this way – we all know what the Mona Lisa looks like, but only a handful of people have actually made it to Paris to see piece first hand. “The idea that music is art has been something we’ve advocated for years” tweeted RZA, “And yet its doesn’t receive the same treatment as art in the sense of the value of what it is, especially nowadays when it’s been devalued and diminished to almost the point that it has to be given away for free.”

RZA has a point here. If this album is never made public the allure of the album itself will become something of hip-hop and collector folk-lore. That ONE album that only one person has – like the Honus Wager baseball card of the music world.

On the other side of the coin, this could completely flop. Once this album completes it’s “tour” it could be universally panned as a self-indulgent p.o.s. and the Wu could be completely embarrassed.

However it pans out, it’s defiantly a great way to turn the music world on it’s head.

Here’s RZA talking about his directorial debut with Pitchfork: