U2 release political video for “Get Out Of Your Own Way”

U2 have released an animated political video for their single, Get Out Of Your Own Way. The video was directed by an Israeli graffiti collective known as the Broken Fingaz Crew who are known for their provocative and fluorescent street art in Haifa. 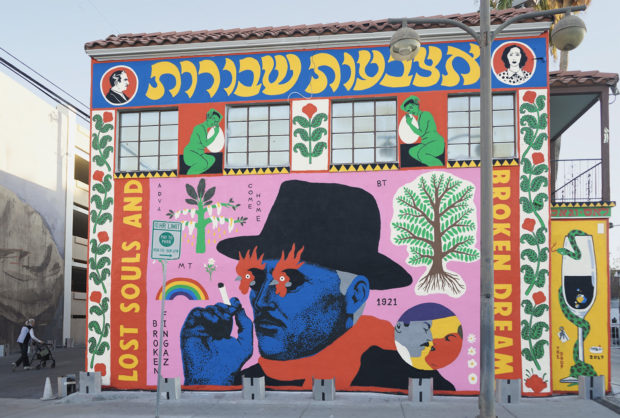 They explain about the video:

“2017 for us was the year fascists worldwide felt confident enough to raise their heads again, encouraged by Trump and other world leaders, who use people’s fear to build more walls and segregation.”

“The song is both a personal letter and a clarion cry to the global situation, and in the same way, we’ve combined our psychedelic pop style with political imagery; shot entirely analogue, using paper cut and stop-motion animation techniques in collaboration with Adam Albo, who edited the    video.”