It’s been almost 4 years since The Lumineers released their debut and self titled album and fans have been eagerly awaiting their follow up. For the past several months The Lumineers have been hinting at work on a new album through pictures and videos on social media. Today things got even more serious with a countdown clock on their website ending tomorrow morning at 7am. To the delight of fans, the band also tweeted a track listing today as well as what appears to be a possible album cover image. Tomorrow morning can’t come soon enough after such a long gap in between albums. We aren’t sure what the exact news/announcement will be but all signs point to new songs and a new album. 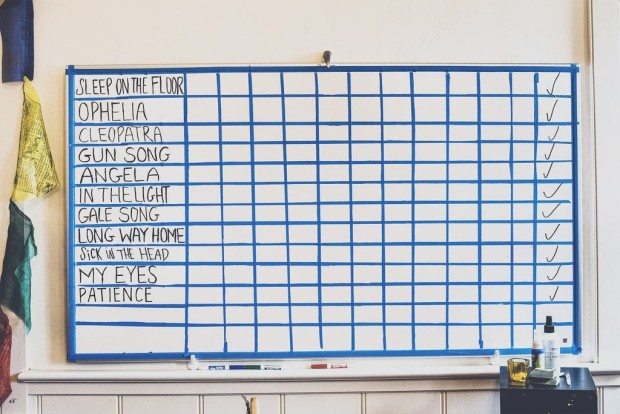 UPDATE:
The Lumineers announced today that their second album entitled, Cleopatra will be released on April 8th 2016. This announcement was accompanied by the first single from the new album. Check it out below.