‘The Courtney Note’ and a Nirvana Concert nobody attended 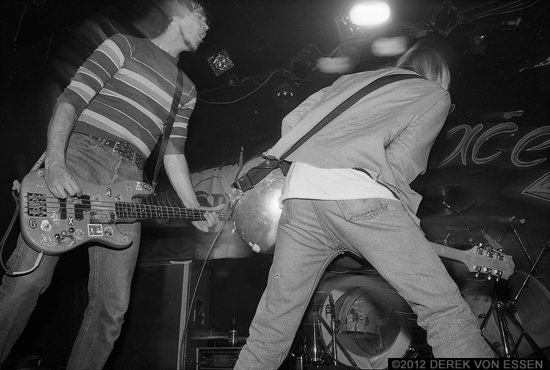 It’s now been just over 20 years since he died and Courtney Love finally just told the world that, yeah, she wrote the crass, weird, and oddly telling note found in Kurt Cobain’s wallet when he was found dead on April 5th, 1994.

The note itself said, “Do you Kurt Cobain take Courtney Michelle Love to be your lawful shredded wife even when she’s a b**tch with zits and siphoning all yr money for doping and whoring…”

When this was made available to the public following the Seattle Police Department releasing dozens of photos from the scene of his suicide, questions were raised and conspiracy theorists went into a frenzy trying to figure out the hidden meaning to the words.

Now, in an interview with The Guardian she’s confirmed that, yeah, “Obviously I wrote it – don’t you guys understand sarcasm?”

To celebrate yet another non-story, story about the Cobain suicide (which will never, ever end) here’s a recording of a sparely attended show Nirvana did in 1990 at Toronto’s Lee’s Palace.