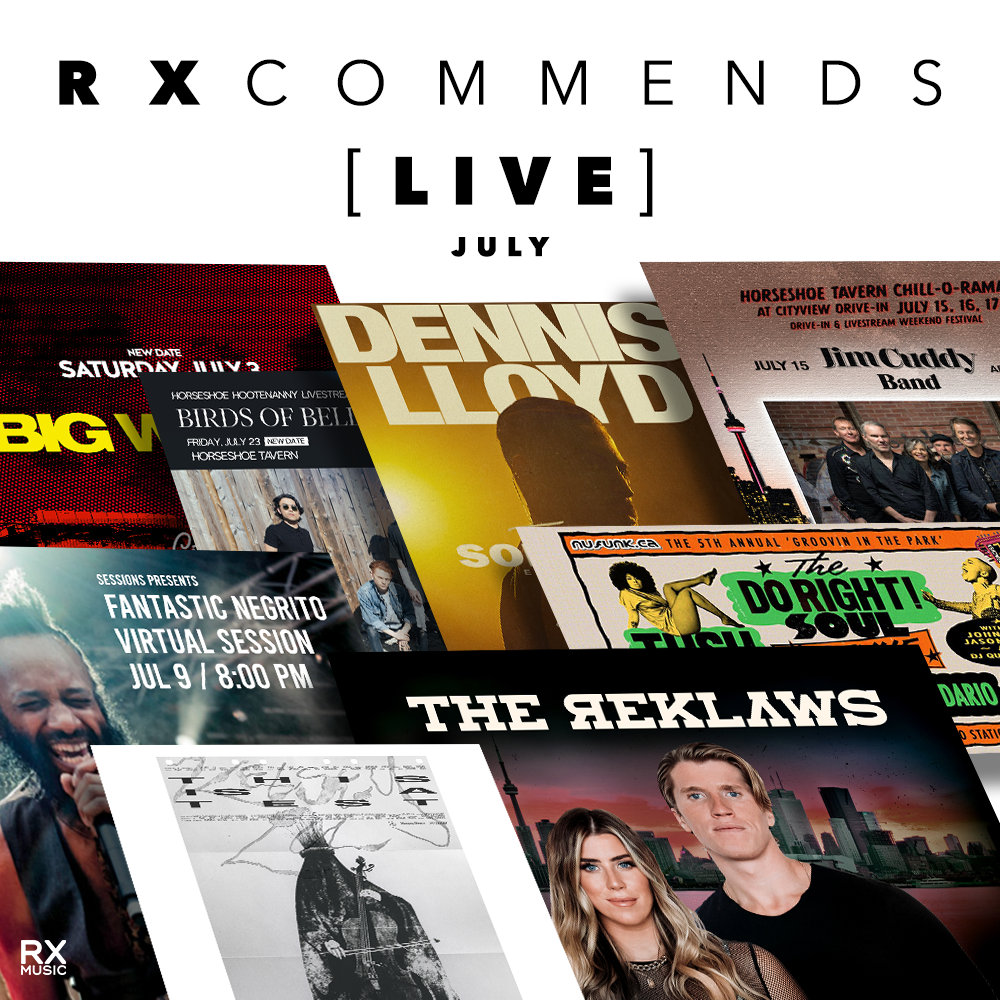 We are one step closer to attending live concerts and enjoying all the outdoor summer music events! Check out these virtual, drive-in and socially-distanced concerts by some of your favourite artists, as well as notable emerging artists for your discovery. We’ve curated a playlist with music from the featured artists for you to enjoy as you browse through the events:

Vaughan Celebrates Virtual Canada Day 🍁 (virtual)  | Mixed Genre
“The City of Vaughan will be presenting Sam Roberts Band along with opener Jully Black for a truly spectacular virtual Canada Day concert. Sam Roberts band will surely be playing their sunny Canadian classics along with tracks from their album that came out last year titled All of Us. There will also be trivia questions for a chance to win Tim Hortons gift cards. This is your one stop rainy day Canada Day event. Take them kids and your brother down to your comfiest couch for this virtual holiday event!” – Michael Primiani
Thursday, July 1st, 2021 – 2:00PM EDT
Cost: FREE
Tickets

Big Wreck 🍁 (virtual & drive-in)  | Rock
“Formed in in the mid-‘90s, Big Wreck remains one of the most highly regarded rock bands in Canada, and music fans around the world know them as one of the most prolific groups on earth.”
Virtual:
Thursday, July 1st, 7:00PM EDT
Cost: $24
Tickets

The Peggy Lee Band 🍁 (virtual)  | Jazz
“Premiering new music alongside selections from its rich back catalogue, this all-star band inhabits a sound world where ‘melodies slide in and out of abstraction; skewed marches butt up against folk songs; chamber music niceties crumble under the assault of funk and psychedelia.'”
Thursday, July 1st, 8:00PM EDT
Cost: $13
Tickets

Dennis Lloyd (virtual)  | Mixed Genre
“I like to think of myself as “genreless.” I’m inspired by so many styles of music and try to incorporate all those influences into my own music which I feel doesn’t really fit into a single genre box.”
Thursday, July 8th, 9:00PM EDT
Cost: $19
Tickets

Kelsey Lu (virtual)  | Mixed Genre
“Her music is both thrilling and haunting, from the first piercing note of her cello to her angelic vocals, both instruments blending seamlessly to create one cohesive sound.”
Thursday, July 8th, 9:00PM EDT
Cost: $19
Tickets

Jim Cuddy Band 🍁 (drive-in)  | Country
“As one half of one of Blue Rodeo’s songwriting partnership, Jim Cuddy has one of the most recognizable voices in Canadian music thanks to omnipresent hits such as “Try,” “5 Days In May,” and “Bad Timing.” “
Thursday, July 15th, 7:00PM EDT
Cost: $18+
Tickets

Napoleon 🍁 (socially-distanced)  | Rock
“At heart, we are a rock band, but we also have a lot of punk tendencies, sometimes some more post-hardcore tendencies, we try to make our songs distinct so we aren’t writing the same song twice.”
Sunday, July 18th, 7:30PM EDT
Cost: $17
Tickets

Groovin’ in the Parking Lot 🍁 (drive-in)  | Mixed Genre
“Presented by NuFunk Concerts, the 5th Annual Groovin in the Park hits the OLG Main Stage once again. Join us for a night of soul, funk, disco, and hip hop, all from the comfort of your own vehicle.”