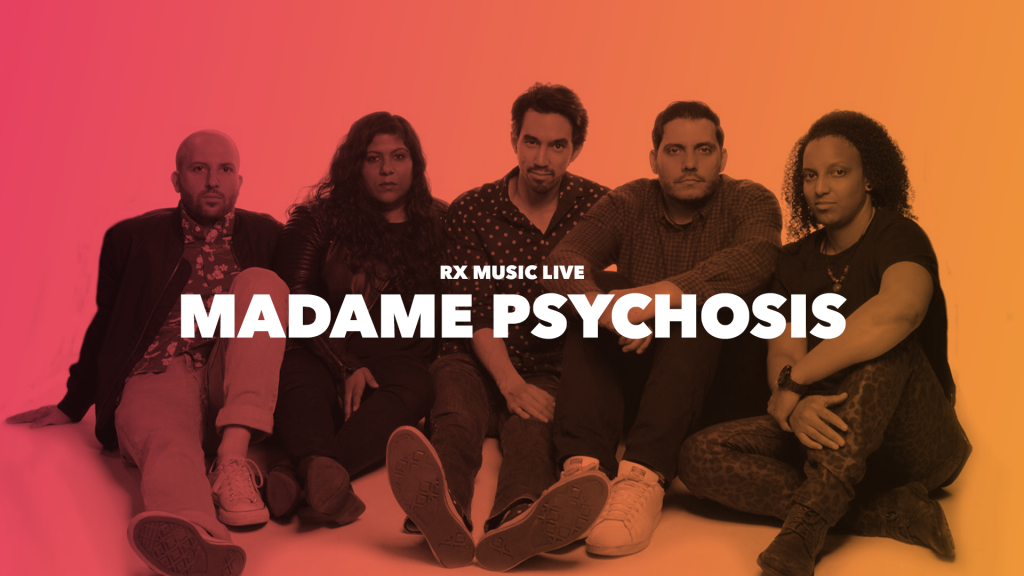 There’s an on-going theme throughout the latest album from rockers, Madame Psychosis, which is stated right there in the title: Survivor. The Canadian five-piece’s debut landed back in 2017 and caught indie music lovers ears, and with Survivor, the band have raised the stakes.

Album-opener, “Just Wanna Be Myself” deploys simple wisdom in the age of social media, “Every time I try to be like someone else / I lose my mind a little bit / it can’t be helped”. Relatable, catchy, and it gets things started on the right foot. Further on, tracks like, “Kapow”, show they know how to get the energy up and the party started, whereas “Give It To Me” might just be your favourite song you haven’t heard yet.

Just about everything has improved with Survivor. The band sound better than ever, with memorable hooks that rewards repeated listens, and an elevated chemistry fans will appreciate. Where Madame Psychosis go next, we can only guess, and for now, let’s all enjoy that they’ve survived and given us this.

You can find the RX Music exclusive premiere of Survivor below. The album is available everywhere this Friday!

RX Music LIVE sat down with guitarist Bret McCaffrey about the new album, the band’s songwriting process and so much more.

RX Music LIVE: Let’s start from the beginning. When did you guys officially form as a unit?

Bret: We’ve been an active band for about three years. Jaina and I have been playing together for a while though. We were in a previous band for about two years, around 2013 or 2014. The band ended up breaking up but we stood together and we kind of played through the songs that we had written and gradually we added members. It was really kind of a happenstance situation. Gio is a friend of mine. We were at a wedding together and he basically was talking about how he wanted to join a band and we just kind of do a jam session and we asked him to join the band afterwards. The hunt for a singer kind of started after that. In 2016, Michelle was added. We were performing as a 4-piece and the sound just wasn’t complete so we had to figure out what to do. We had a few people audition for the last spot, and Rene came in and just knocked it out of the park and we were like ‘just cancel everyone else, we’re going with Rene’ (laughs).

RX Music LIVE: You guys have an interesting band name. How did that come up?

Bret: Madame Psychosis is a character in a book that I like called Infinite Jest. Right around the time when the band formed, I was trying to make my way through the book. It’s massive, it’s like 1000 pages, and it took me like 8 months to read it. There was a character in that book named Madame Psychosis that I really liked and I really liked the name, I thought it was cool.  So, when we were coming up with band names, I just brought it to the band and they were down with it and we’ve been going with it ever since.

RX Music LIVE: What Is the best thing about making music?

Bret: I like the finished product. The best thing about it is taking an idea from its initial inception, something that’s just kind of basic progression, and then seeing it go through the process to a final product. It’s awesome to see something come from what was just an idea. Once you have a final song, just being able to share that with people, whether that’s through the recorded version or just performing it live.

RX Music LIVE: The great thing about art is it’s creating something out of nothing.

Bret: Oh yeah, you’re absolutely right. I couldn’t have said it better myself.

RX Music LIVE: I want to get into the new album but first, I understand the song “Space Motorcycle” (from the last album) cracked Alan Cross’ Top 11 Weekly Playlist. How uplifting was that for you guys?

Bret: Oh yeah, for sure. That was a was a bit of a shock because we all grew up listening to Alan Cross on 102.1 The Edge. To have somebody of that caliber within the Toronto music scene was very validating for us.

RX Music LIVE: The new single “Kapow” has a significantly different feel from anything on your first album. Was this an experiment for you guys?

Bret: I don’t think we’re confined to a certain sound. It’s not like we’re playing Country music where everything is going to sound like Country, or Dance songs where everything is going to sound like Dance music. If it sounds like a cool progression or a cool melody then we’ll just run with it. It’s all within the Rock genre but we aren’t bound to a particular sound. “Kapow” was actually written at the same time as our first album, but it was right around the time we were recording so it wasn’t fully flushed out. I think what’s happened as a band is that we’ve gotten better at writing so we can actually take ideas and there’s a little more nuance in the process. It’s totally reflective of what we want to deliver.

RX Music LIVE: It’s certainly uplifting. What’s the energy like in the room when you guys are performing that live?

Bret: It’s awesome. It’s great energy. We get excited when it’s in the setlist and you know as we’re playing it, it’s a blast! It’s super fun.

RX Music LIVE: What’s the songwriting process like for you guys? Do you guys kind of each write on your own and bring ideas to the table?

Bret: Traditionally, what’s been happening is that I’ll come up with a progression or an idea. As soon as I have a few parts together, I’ll bring it to the band so everyone has an opportunity to get familiar and we’ll all come together and build upon it. Rene also writes his own stuff and I know Jaina’s has ideas as well so I think beyond this next album, the inception will be more kind of full band. But yeah, that’s the process at this point.

RX Music LIVE: The new album is out on September 20th. How did you guys change your approach making this album?

Bret: The first album we were working on a budget and it was the first time that we had recorded as a band so we did that album in a couple of days. I think we did like 12-14 hour days. We just were like ‘how many songs can we get recorded?’ So, the biggest difference is we’ve really taken our time with this album. Instead of trying to get 5 or 7 songs down in a day, let’s just take a couple and spend the time trying to figure out all the different pieces that there were. We would challenge each other and say ‘how can we make this song more interesting?’

RX Music LIVE: There are five of you in the band, so there’s a lot of creative ideas and visions being brought to the table. Do you find that to be a difficult thing when creating an album?

Bret: It’s definitely an area that could become difficult and we all realize that. When you bring an idea, you’re very exposed, especially to be doing something creatively. So if you bring an idea and everybody hates it, you kind of feel bad as a result. There’s very little ego and there’s a lot of free discussion and people don’t feel attacked if somebody doesn’t like an idea and they’re totally open to interpretations. The openness of the band members really allow us to be very strong collaboratively as a group.

RX Music LIVE: Do you guys have a specific spot in the city that stands out when performing?

Bret: I’ll speak for myself and I think other members of the band would probably agree, but some of our favorite gigs have been at The Horseshoe. We love playing that stage, it’s just iconic.

RX Music LIVE: What’s the ultimate goal with this album?

Bret: To get it out there and to get as many people to listen to it as possible. For us it’s always like ‘how far can we go with this?’ We love doing it and we love sharing it and we want to build the audience.

RX Music LIVE: Do you have any last words for anybody reading this?

Bret: We have the album release party coming up on September 20 at The Hideout. We’d love to have as many people come out as possible. Looking forward to it! 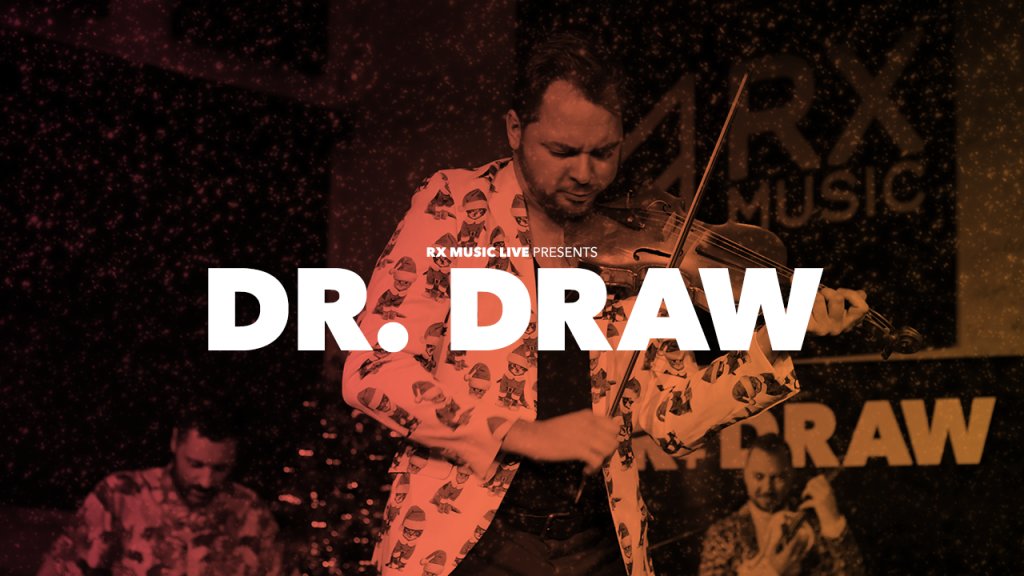 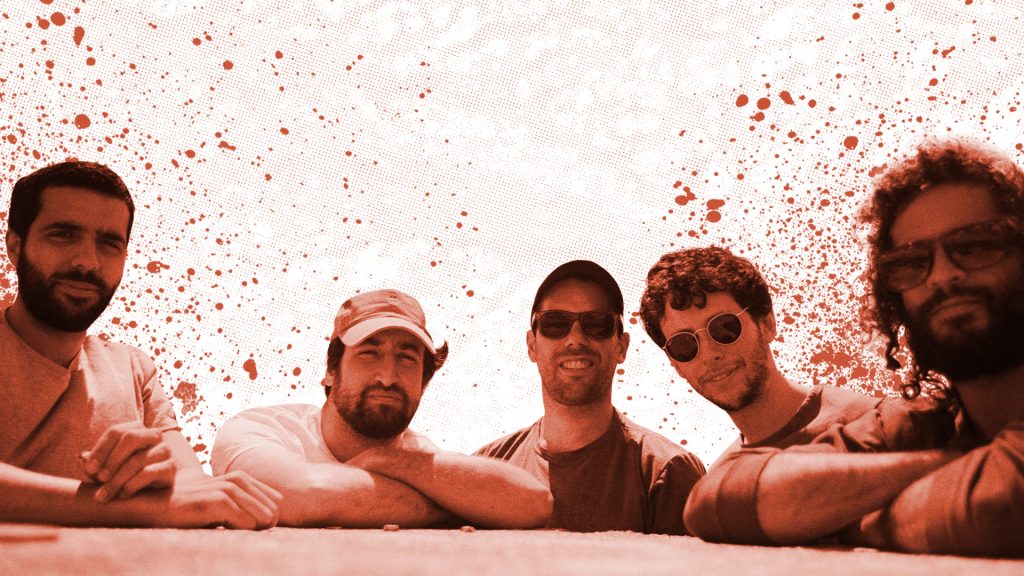