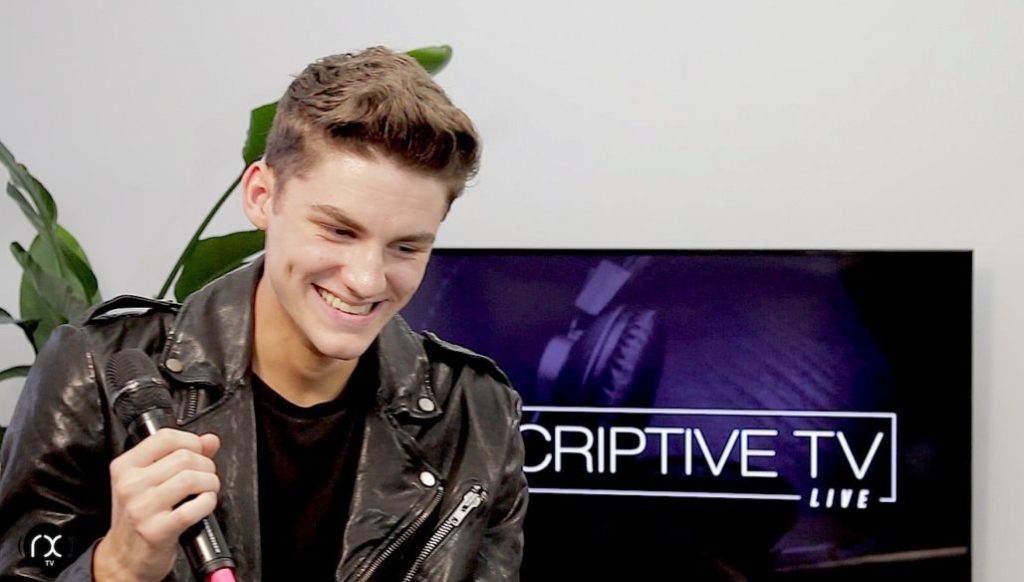 A few weeks ago we tried something new.

Instead of going backstage to get our interviews, we brought the music to us and started a brand new project, Prescriptive TV LIVE! We’ll be doing more of these over the coming months with featured acts from all over the musical spectrum.

But when it came to bringing in our first guest we wanted someone who would speak to the heart of what we’re trying to do in the first place. We’re always looking to break new ground on artists that are just below the surface of cracking the mainstream. But also someone amazingly talented and great to talk to. Ryland James was an obvious choice.

Born a few hours outside of Toronto, Ryland is only 18 years old but has been making music since he was extremely young. It was at the age of 10 that he started auditioning for local talent shows including YTV’s “The Next Star”, where he made the finals, and Canada’s Got Talent. It was these experiences that showed him what he was capable of and super-charged the drive to committing himself to a career in music.

When we sat down with Ryland in early July the whole office was excited to hear some of the new stuff he’d been working on with Danny Reiner (producer, Alessia Cara, Francesco Yates, Fefe Dobson) and he did not disappoint.

Check out the Parts 1,2 and 3 below where Master T and Ryland James talk about his early success and the impact that YouTube has on building an audience.