Canada’s Godfather of hip-hop and iconic JUNO award-winning rapper, Maestro Fresh Wes will be performing live on Prescriptive TV on Thursday, October 26th, 2017! Be sure to follow Prescriptive Music on Facebook to catch the live stream at 7pm est. 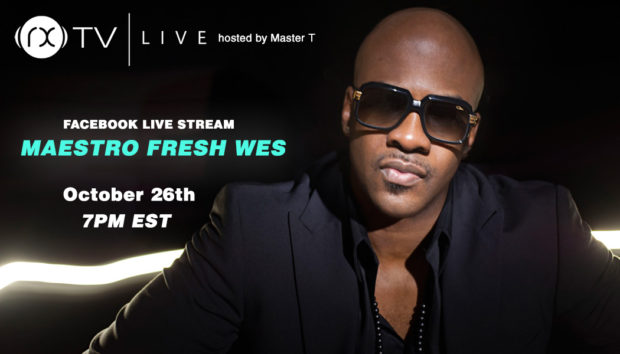 Maestro has unveiled the first single off his upcoming album, Coach Fresh, due out on November 17th, 2017. The track is called, “Jurassic Park” featuring Toronto’s Rich Kidd and it’s a high spirits banger! The song was created for Toronto Raptor fans and was inspired by the square where fans gather together prior to Raptors games directly outside of Toronto’s Air Canada Centre — talk about home town pride!

We’re looking forward to getting the inside scoop straight from the source on October 26th, 2017!

Listen to the anthemic “Jurassic Park” below.