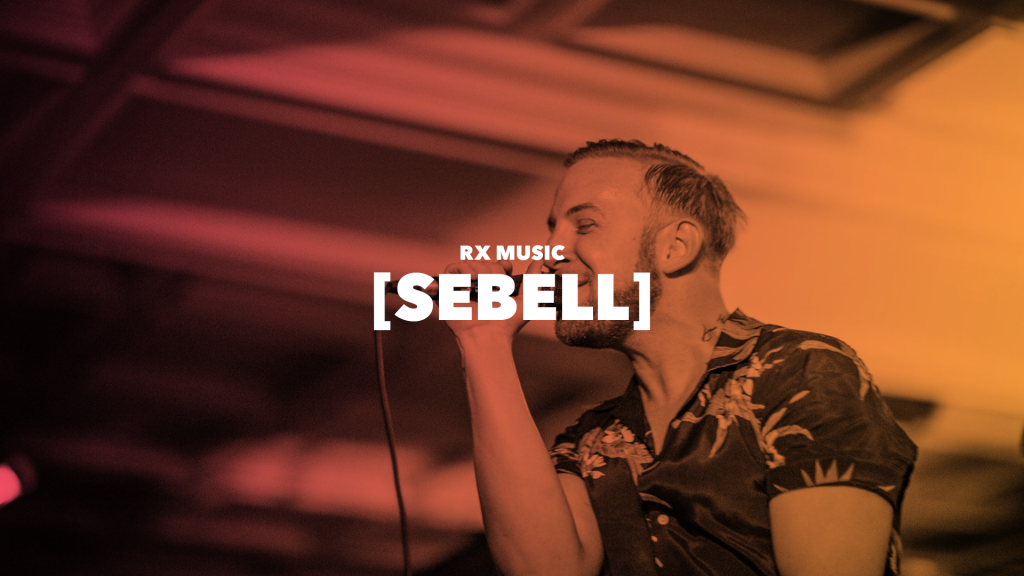 Greg Sczebel was born to do music. Originally from British Columbia, he is a 2-time Juno award winning singer/songwriter and has a hit on the Canadian Top 40 charts. Having been in the business for over ten years originally as a Christian Pop act, he eventually decided it was time for a change and reinvented himself as [SEBELL]. After moving to Nashville to work with local producers to help facilitate the change, he’s entered the world of mainstream Pop and hasn’t looked back. His first single “Till The Sun Burns Out”, was tremendously successful and forced people to take notice. Greg sat down with RX Music to discuss a variety of topics, including how he started out, the success of “Till The Sun Burns Out”, pursuing his dream in Nashville and his latest single “Fear of Missing You.”

RX Music: Talk about the journey that led you to where you are today. When did you realize you wanted to do this?

[SEBELL]: I grew up in a pretty musical home. My Dad played drums and my Mom sang and played the piano. So, it was around the age of 10 or 12 where I was like ‘I want to do that. That’s my dream.’ My parents were really encouraging and knew that I loved music and that I was good at it, and that’s something that I’m so grateful for to this day because I meet so many people who just wish they had a support system to pursue music. Music can be so healing and so unifying and bring joy to people’s lives.

Right after high school, I went about ten years by my given name which is Greg Sczebel. My last name was initially very Polish and very hard to Google – no one ever knew how to say my name. I did that for ten years in the Christian Pop world, mainly through churches and different shows with bands like Newsboys and some of the major Christian artists in that genre. Eventually I just kind of hit a wall and didn’t feel like I can go any further in the direction I wanted to go creatively in that genre, and I just love Pop music.

It wasn’t until I moved to Nashville that I met this guy named Mark Nash. Mark was actually instrumental in Sixpence None the Richer’s success when they broke with their song Kiss Me. He came on as a mentor and as a coach and just showed me how to kind of pick what your brand is, what your sound is, your style, and how to stay consistent. I was learning so much and it was like going to school again and I ate it up because I was so burnt out on doing it the way I was before. Then I connected with a producer also in Nashville named Jeremy Lutito, who also had his own band called LEAGUES who were blowing up in Nashville, and I was a huge fan. So we worked out some songs and that’s when I wrote “Till the Sun Burns Out”, “Promiseland” and “See Through Heart”.

RX Music: What was it like living in Nashville?

[SEBELL]: It was great! It’s a small big city. Everyone knows everyone but its still Nashville and its famous. I had originally moved there because of a label that was interested in me, and after we’d started speaking, I started to see that it wasn’t a good fit for me and I’d walked away. Sometimes you look back and things are you’re like ‘Why did that happen? It feels like a waste of a year’, but if I hadn’t have had that label interested and I hadn’t gone to Nashville, I wouldn’t have met Mark Nash, wouldn’t have worked on these songs with Jeremy and I wouldn’t have a Top 20 single here in Canada now. I wouldn’t have planned things to go that way, but I’m glad they did.

RX Music: You mentioned “Till the Sun Burns Out” which first debuted back in 2014. Since then, its spent time on the Billboard charts, received a ton of airplay, and even been used in commercials. Is it fair to say that the song exceeded your expectations?

[SEBELL]: Oh, for sure. I always knew that it was a special song, but when you’re a songwriter, you know, songs are like your baby. They’re all special in their own way. “Till the Sun Burns Out” was one of those ones where it was like ‘I think this is something. I think this can work’, but you never know. You can never predict that. My team called it right away they’re like ‘this is gonna be a hit’ but we need to do a remix of it. So we brought in Davey Badiuk – he’s a great producer and he’s done remixes for Tegan and Sara and Dragonette. I hit him up on Twitter asking if he’d be interested in doing a remix and he’s like ‘yeah, let’s do it’, and that’s how it started. So he took the song which was originally very organic and more of a band sound – it had synths and stuff but the drums didn’t hit as hard and wasn’t as dancy. He made it into a Pop smash and I believe it was a week and a half after it was released it broke the Top 40, which was crazy because I had no label, no management, no agent – just me.

RX Music: Was releasing your music independently daunting at all?

[SEBELL]: It still is sometimes. I had been doing it for so long on my own with the Christian Pop stuff that it wasn’t that new to me. I knew what needed to be done for the most part, and there are definitely some differences between Mainstream Pop and Christian Pop, but its more just about building relationships and about knowing who to connect with to get to certain places. It was a bit of a learning curve but not daunting. People are generally eager to help you if they like what you’re doing.

RX Music: Do you have an ideal artist you’d like to work with, either producing, writing or vocally?

[SEBELL]: The first name that comes to mind is Kanye West. I’m a big Kanye fan. He’s a true artist and keeps us on our toes. I just think he’s so brilliant creatively.

RX Music: What’s your approach to songwriting? Where do you draw inspiration from?

[SEBELL]: I like to pair visuals with songs as I write. Usually I’ll start with a title or an idea, or a topic, and I’ll kind of go from there, but I love pulling visuals and creating mood boards for songs and really trying to keep the lyrics and the melody on track so it looks like it sounds and it sounds how I want it to look. Then, it’s easy to go into it and be like ‘okay, we’re gonna make a music video now’ or ‘we’re gonna do the album artwork’. It’s all one big piece of art.

RX Music: For your most recent EP, you worked with producers who’ve collaborated with Tegan and Sara, and even Rihanna. What did you learn from them and how did it help you as an artist?

[SEBELL]: What I’ve learned from those guys is they trust their instincts. It’s not so much about how educated you are or what everyone else is doing even. You just need to rely on your instincts, first and foremost. That was really freeing for me too because you go into these rooms and it can be kind of daunting and intimidating and they just kind of kick back and let the music just breathe and let it do its thing. They’re really in tune and just trust their instincts. I think that’s a real beautiful thing to watch.

RX Music: I read that you previously won a John Lennon songwriting contest not once, but twice. For anyone reading this that may not be familiar, talk a little about the contest and what it meant to win it… twice.

[SEBELL]: The John Lennon songwriting has been going for years. They recognize up and coming songwriters and I had submitted some songs on a whim, and suddenly I became a finalist and grand prize winner, and then did it again and then it happened again. They’ve been amazing to me and they’re a great organization. They work closely with schools and helping music education, and have a big tour bus with a recording studio on it that they take the schools, and it’s just a really cool program.

RX Music: Big congrats on the latest single, FOMY (Fear of Missing You). It seems to have a lighter sound than a lot of your previous songs mixed in with some electronic flavor. What was the inspiration behind it and its sound?

[SEBELL]: I worked on that one with a producer in Nashville named Super Duper. After our first session, I was like ‘this is my guy’. We just clicked right away and he just has really great instincts musically, and his specialty is that synth pop sound. I knew that I wanted to go and do a Pop song, especially because of the success of “Till the Sun Burns Out” and “Promiseland”. I left Toronto last fall and went to L.A. when some opportunities opened up and if you ever work in the music industry you know that they don’t open all the time and when they do, you have to walk through. I left family and friends, and a girl, I was like ‘sorry, I gotta do this’. I had to see where it goes. We were working at his house in Nashville and the song just fell out of me and I was like ‘oh man’. These are real feelings. I’ve heard of the acronym FOMO, but I feel so much fear of missing out on the people that I love and the people that are important to me. It was a very personal song and so heeling to write because so many people have long distance relationships, travel work, and it’s just hard to be away.