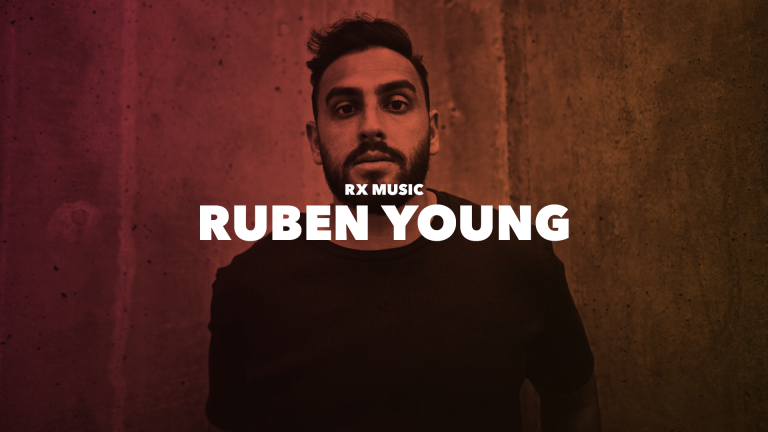 Ruben Young, the up and comer from Calgary has already started to make a mark on the Canadian music scene. His debut single, Take Her Down, was just nominated for Pop Recording of the Year at the YYC Music Awards, taking place in September. He has a new single out that’s produced by Classified, and he’s already opened for both him and The Chainsmokers. RX Music had a chance to sit down with Ruben to talk about his young career, influences, and where he hopes to be in the future.

RX Music: So you have two singles already out and you just released your third called Bad Habits. Talk to me a little bit about how the journey’s been so far.

Ruben Young: It’s been absolutely crazy, I mean, this process has given me a new level of respect for artists that cross that level of success, like the one I’m trying to get to. As you go through the motions, you understand how much goes into every step. Like, I wrote 45ish songs, just to write an EP and you know, earlier on in my career I thought I could have written 10 songs and 5 would make the EP, but I had to write 45, and then you go through the process of producing them and trying to find people you connect with and then it’s time to release it. This process has shown me how much it takes to build momentum, and then aside from all that, it taught me to trust in the vision I guess because every piece has come as it’s supposed to whether that’s been meeting the right producer, like Classified, for example, or a song reaching a new level, or funding coming together. Yeah, it’s just trusting the process and staying to the grind.

RX Music: Has your hometown of Calgary had any influence on your songwriting and/or process in any way?

Ruben Young: Yes, because Calgary is a “giant” small town. We’ve got a million people in this giant city and music industry wise, we’re not Toronto. We don’t have labels all over the place. We don’t have publishing houses here. So, you can’t write with these elite writers 24/7, it’s a rarity out here. It’s like the small pond, we have a group across genres that aren’t afraid to collaborate and aren’t afraid to support and help each other because everyone’s trying to get to that level that we can you know, go to Toronto or L.A. and scale up. Because of Calgary, I’ve been able to co-write with some of the best Country artists in the city and some of the best Jazz/Pop artists which has allowed me to get creatively where I’m at now, which was co-writing and getting outside of my boundaries and crossing over and trying to write a Country-pop song and because of the city, again, the city’s vibe and collaborative energy, it’s been great to me, for sure.

RX Music: Do you look for inspiration anywhere else when songwriting?

Ruben Young: Tough to say, I mean, I’m inspired by so much music from Motown to soul, dance, hip-hop, even some rock and on some days, I’m a die-hard Springsteen fan and some days I’ll listen to The Fugees all day or even Marvin Gaye. So, I’m always pulling inspiration from the music that I love. This record in particular is all written about one girl and one story, so the inspiration really fell on myself and just developed on its own.

RX Music: At what point did you think, this is something I can actually do?

Ruben Young: That’s come over time. I had to test it out. When I graduated university, I left my banking job to play 50 days of local shows in a row and that was my way to figure out if people buy into me, if they like my voice, if I enjoy playing live, and once I checked those boxes, I was inspired to turn the 50 day idea into a music festival and through that I learned that I’m definitely not a promoter. I don’t want to run a music festival or anything like that. I want to play music. I want to write, and unfortunately I hit a low, got my heart broken, so I wrote a bunch and once I did, then I had that next breakthrough and that’s when I felt I can get into a room with songwriters and feel confident doing this. This summer, I had a chance to open for Akon, Classified, The Chainsmokers so after that I’m like, “Yeah, I think I can perform in front of 50,000 people, and that’s what I want to get to now.”

RX Music: Congratulations on the debut single, Take Her Down. It’s garnered some great traction in recent months, on streaming services and different media outlets. What are your thoughts on the way it’s blown up?

Ruben Young: I set super high goals for everything I do, so every single time some new traction comes along and builds momentum, I’m so thankful and at the same time, I have big goals for where I want this music to take my career. It’s humbling that the process is paying off. I didn’t think the song would be shared by Gary Vaynerchuk, for example. It’s crazy to see stuff like that happen.

RX Music: Obviously the goal of an artist when songwriting and recording is to reach as many people as possible, but aside from that, is there anything a little bit more personal to you that you’re hoping to achieve with these songs?

Ruben Young: I think I’ve learned that you just have to buy into the creative process. You have to lend all of your focus and just get lost in it. I’ve seen what happens when you’re trying to force it. Creatively, I feel like when you have that breakthrough, that’s what it’s all for. Then you leave the session knowing that you’ve accomplished something and when you’re writing a ton, you know that’s not always going to be the case. Sometimes you record something and listen to it an hour later and you’re like, “what the heck? I don’t even know what I just did”.

RX Music: The new single, Bad Habits, is out now and it’s produced by Classified who’s very well known in the Canadian hip-hop scene. What did you learn from working with him?

Ruben Young: Tons! I learned that anybody is in reach because like you said, he’s very well-known. He’s gone platinum so many times. As far as I’m concerned, he’s a Canadian hip-hop legend and the fact that I got to get into a room with him is crazy and just shows that, you know, I want to work with Kanye West one day, so first of all, it taught me that that’s possible. Secondly, it taught me that these guys are all just people that are creative. They’re just extensions of where I’m at right now. I feel like they just stuck to it and success has come for them. Being in a room with Classified was just like being in a room with anyone else I’ve co-written with, and he’s such a flexible collaborative guy creatively. I was nervous flying out there because I had no idea what it would be like being in a room with someone with that much clout.

RX Music: So, you were intimidated?

Ruben Young: For sure! But, creatively I could bring an idea to him and he would hear it, digest it, and take it seriously. He could give me an idea, I could say no and he would be totally cool with that.

RX Music: You’ve worked with Classified and you mentioned you’d like to work with Kanye. Are there any other artists in your sights to collaborate with?

Ruben Young: Oh, there’s so many. It’s hard not to just talk about your dream artists. Kanye’s one of my favorite artists, so to be able to learn from a guy like him, to be able to write with a guy like Springsteen, to just learn from them would be great. Justin Timberlake is another guy. I would love that, he’s a legend and has survived eras. Working with Classified for example, gave me a hunger and a taste for what working with somebody at a higher level than myself is like. I want to continue to write with and get on stage with artists that I look up to. Performing on stage with Classified was crazy, both yelling the chorus together and you look out and there’s a thousand people yelling back and waving their hands. That’s what I want to get to.

RX Music: When I mention the name Ruben Young to people, what’s the first thing you want them to think of?

Ruben Young: Hustle! …without a doubt. Because that’s kind of what I’m known for in the city. I come from a single mom home. It’s not like I have a ton of fall-back if this fails, so I really treat it that way. I have a degree in finance, so most of my peers are making about 100K a year and I want to get to that same level, but by doing what makes me, me. Do what you love. I think people have to spend the time being the best them they can. My ‘me’, is being an entrepreneur, and music is that vehicle for me, especially right now in my life.