Fabrikate are Francis and Chuck, two guys who have made it their mission to bring back those familiar sounds from yesteryear. They are no strangers to the Canadian music scene either. They recently released their second LP, Made Me Feel, and just dropped a new single last month. The guys sat down with RX Music to talk about the latest album, their process, why they feel their style is unique and so much more!

RX Music: Thank you for taking the time guys! Really appreciate it. Talk about how this journey began.

Chuck: Francis and I met through a remix contest actually. He worked at a label and still does, and I was more on the production side back in the day. The label threw a remix contest, which I happened to win (laughs). The remix itself never led to anything, but I guess it led to us being Fabrikate today. We bonded over the same Disco passion which is kind of odd for two guys our age. We weren’t around for the Disco days and whatnot but we pretty much grew up listening to Funk and Disco, so that love sparked this whole Fabrikate project to happen, and here we are today.

Francis: Earlier on we had some opportunities to work with artists like The Weeknd, we did a remix for him. We have some close ties with his camp, so they gave us the opportunity to work on that. It was one of the first releases that we did together, which obviously, you know, got a bit of visibility for us and some eyes on what we were doing. Eventually we moved on to a couple of singles, an album release of course, and we worked with Armada as well in the Netherlands which led to everything else that Chuck said. Now here we are on album #2 and a video and single that just dropped.

RX Music: Congrats on that!

Francis: Thank you very much.

RX Music: I want to touch on the band name. Where did the it come from and what’s the significance of the K as opposed to the C?

Francis: The K was just to switch it up and have something unique rather than using the regular way itself. It kind of looks better.

Chuck: The K doesn’t mean much, but the Fabrikate term and the idea behind Fabrikate was thought out. We were a bit cynical I guess in a sense that we see the music industry, especially the dance music scene, being a bit fabricated in a sense that a lot of the acts and DJs out there aren’t really putting the artistry forward. A lot of projects seem a bit fabricated and fake, and we wanted to counter that and make our own thing happen. The cynical side of it was to never show our faces and to make our identities really hidden, which is kind of the opposite of what you see in DJ land. You know, the face being the big thing that’s being promoted all the time. We really wanted to make it about the music and focusing on who we were. So yeah, that was the that was the idea behind it.

RX Music: What do each of you bring to the table that the other one doesn’t?

Francis: That’s a hard one. Peace of mind sometimes (laughs). In regard to production, we both have our backgrounds, we both bring a lot to the table creatively and, you know, Chuck is very much involved when it comes to engineering and he has a lot of experience in that world, of course. It’s just a great collaborative effort.

Chuck: Francis having the label and experience, I learn from him every day. There’s a lot to this little 2-man operation that that makes it work.

RX Music: The latest album, Made Me Feel, as you mentioned is very Disco influenced, very unique. What was the creative process like and how long did the project take from start to finish?

Chuck: Some of the songs started, I’d say two years ago. It hasn’t been it hasn’t been a straight ‘oh, we just went in studio for a month and made it happen’. It was a very long thought out process. The process was mostly about finding the right concept. It was more of a conceptual album and figuring out the concept took a while. Making the songs happen wasn’t as long, it was figuring out how to really get that idea.

RX Music: What would you say is the major difference between this album and your debut?

Chuck: The process of making the album itself. The first one was more us performing instruments and more us jumping into what we had to offer music musically as performers. The process of production was completely different, especially more on the technical side using samples, going to cherry pick some sounds from existing records as compared to playing the actual recording. So that was the main difference.

RX Music: Disco music is somewhat foreign to like the younger generation. How do you make that connection with them?

Francis: That’s essentially one of our main goals with this and not have it cater only to Disco lovers. With such a great Disco history here in Montreal, which is also fairly unknown to most of the population, it was quite a massive spotlight back in the hay day. There were a lot there were a lot of people coming here just to see what’s happening in our city and we felt over the last 20 years or so, it lost its spotlight. Essentially, we really wanted to just bring back that sound in a more modern way. It’s happening, you know, especially in Europe and other parts of the world, the UK to be to be more precise, where Disco is modern music and people are really catching on and we’re trying to bring that more and more here to Canada. With that actually we are doing our own events as well. Starting in April, we’re going to be doing events that will be focused essentially on Disco House, Nu Disco and just like old school vibes, but also modern.

Chuck: We’re coming to an age now where our parents were playing Disco in the house when we were kids. Our parents lived the whole 70’s Disco hype and all of that, so we grew up seeing this, you know, living in a sense without really realizing. It’s all coming back for us because it’s that cycle. It’s crazy how we see Disco just come back now, especially here in the city. There’s Disco parties all over and you see, like 18, 19-year-old kids just vibing to some old Disco jams and you wonder why, but it only makes sense, right? Especially that House music itself is pretty much Disco when you think about it. It’s an evolved version of it, but like everybody likes a Disco jam. It just feels so good.

RX Music: Your favorite disco artists or influences are…?

Chuck: I would say Giorgio Moroder has been one of them. Gino Soccio is up there. I love Boney M. personally. There was this time where Disco somewhat transitioned into like more of a synthesizer sound, and Giorgio Moroder was definitely one of the pioneers of that. Even local acts here in Montreal, such as Lime, played a big part in my upbringing and it just happened to be two people from Montreal.

RX Music: A lot of artists have tried the Disco influence type music, but you guys have really nailed it. How do you how do you expand on what you’ve already done? Do you have Do you have ideas for the next album?

Francis: Currently we’re working on a remix project of the album. Have we thought about the next album yet? No, I can’t say where they’re just yet. We’re experimenting all the time and staying in tune with what’s going on out there. We really want we really want to make an impact and get people knowing and familiar with the sound, the style of music, you know.

Chuck: I think the biggest thing for us right now is the quest for authenticity in a sense that don’t want to be the guys that just literally rip off an old Disco song and you know, just re-release it and say it’s our new song. We want to evolve the form of what Disco has been and could become. We’re well aware that we’re trying some experimental stuff and we know it’s a bit different, that’s what we want. We’re trying to find that that new thing, right? We’re not playing it safe by any means. We’re trying to find that new thing.

RX Music: Last question. What advice would you give to your younger selves?

Chuck: Just what I said. Not trying to copy what’s out there and just finding what drives us, you know. Making this last album was so fun because we really just made an album that made us feel good. That’s, that’s why we called it that. We really wanted to make the album something that we ourselves were proud of, instead of going out and trying to please everybody.

Francis: Exactly. Less pleasing other people and just making ourselves happy first and foremost. Hopefully fans and the people out there will jump on the bandwagon and enjoy what we’re doing. If they don’t, well, they don’t. Sounds are always changing and I can go back to our first album, we explored different directions because that’s what was hot then. Really, we were not even enjoying ourselves and just questioned why we were doing this. That’s why with this album. we were just like, ‘let’s go which is do what makes us happy.’ It has to be fun.

RX Music: And it’s all worth it isn’t it?

Francis: Yeah, it is!

RX Music: Guys, thank you for taking the time. Congratulations on all the success thus far. We look forward to what’s coming next and best of luck to you both.

Francis: Thank you very much. Appreciate it. 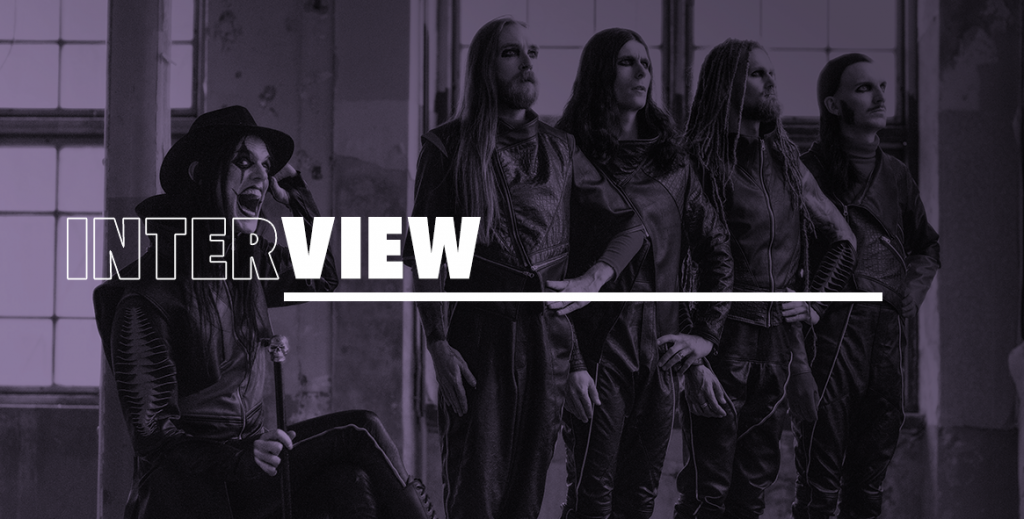