The Coachella Valley Music and Arts Festival announced their lineup for the 2017 incarnation earlier today. Although there are reports that the original headliner cancelled last minute, they seemed to have pulled it off in gathering Beyonce, Radiohead and Kendrick Lamar.

The desert festival marks the first concert performance for Lorde since 2014, although she had made some charity appearances since then. The Avalanches also stop a long stretch of time without a US date. 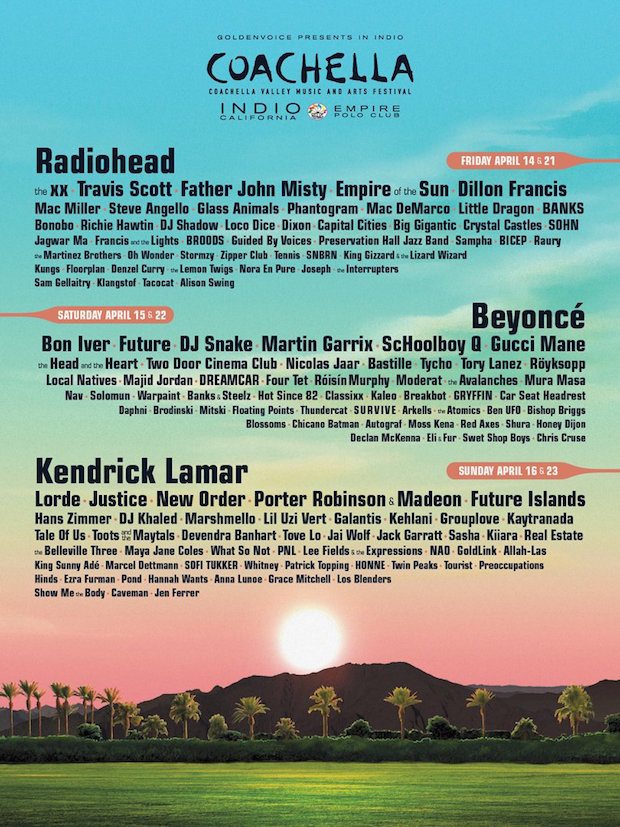