Home › Editorial › Music, Culture & Everything › Aphex Twin anncouces first new record in over a decade via the Deep Web

This certainly one way to gain buzz for a record.  After flying a blimp low around London and graffiti-tagging their logo around NYC for the past couple of days,  Aphex Twin announced their first record in over a decade SYRO via the deep web browser Tor (known more commonly for it’s use for more shady ventures).

Rumors of a new Aphex Twin record had been swirling for since about 2011 when Richard D. James previewed some new music in Poland, and earlier this year when the Caustic Window record from 1994 made the rounds on Kickstarter. 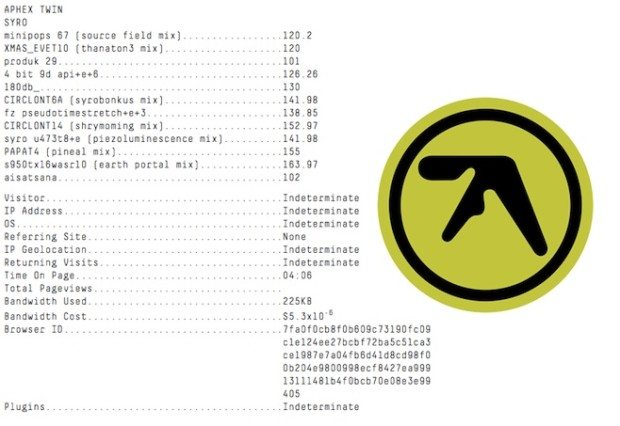