‘A Tribe Called Red’ visiting RX Music for an interview

Bursting forth from Canada’s capital, native Producer and DJ crew A Tribe Called Red is making an impact on the global electronic music scene with a truly unique sound. The group is known to blend instrumental hip-hop, reggae, moombahton and dubstep-influenced dance music with elements of First Nations music, particularly vocal chanting and drumming.

ATCR was made up of three members – 2oolman, DJ NDN and Bear Witness, but late last year the trio became a duo with DJ NDN departing the group to focus on his health and shifting his energy towards public speaking, mentorship and advocacy work. The duo now consists of Tim “2oolman” Hill (Mohawk, of the Six Nations of the Grand River), and Ehren “Bear Witness” Thomas (of the Cayuga First Nation). 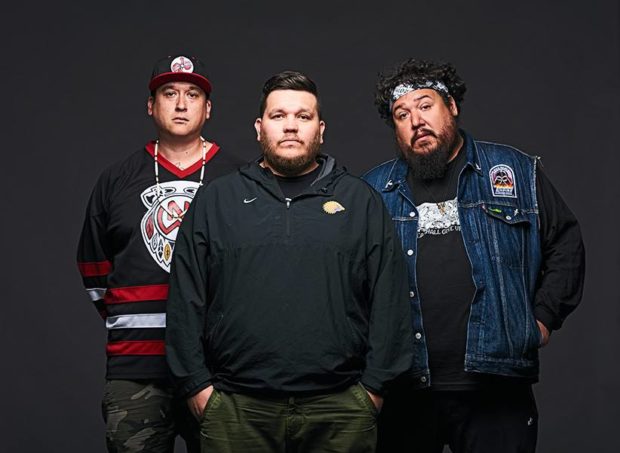 The group’s name “A Tribe Called Red” is a homage to the 90s hip-hop group, ‘A Tribe Called Quest,’ that tackled ethnic African American social grievances. ATCR utilizes music as a universal platform to promote inclusion, empathy and acceptance among all races and genders in the name of social justice. They believe that indigenous people need to define their identity on their own terms.

In 2012, they released a self-titled  debut album, which earned them a Polaris Music Prize nomination. In 2013, they followed-up with a second album titled, ‘Nation II Nation.’ Their most recent LP ‘ We Are the Halluci Nation’ was released in 2016 and features collaborations with Narcy, Yasiin Bey, Lido Pimienta, Shad, Tanya Tagaq, Joseph Boyden and Black Bear.

Their most recent single “The Light” features the 2017 Polaris Music Prize winner, Lido Pimienta. The Spanish-spoken track has an infectious beat that melds in nicely with Pimienta’s vocals.

A Tribe Called Red  will be paying us a visit at the RX Music headquarters for an interview with Master T on RX TV! Have a question you want us to ask the group? Tweet them to @rxmusic by Wednesday, January 17th, 2018 and it might end up on camera! The interview will air at a later date, so stay tuned.