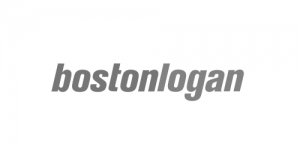 The more travellers that pass through, the more ears are exposed to the sounds of RX Music.

Logan first opened almost 100 years ago in 1923, and is today the core airport in the Boston area and the largest in the New England region, seeing close to 41 million people pass through last year alone, the most in its history.

The more travellers that pass through, the more ears are exposed to the sounds of RX Music and as always, the ambiance needs to be on point on every level. Logan Airport’s key figures reached out to our Support team with concerns about the music levels throughout the airport, as they were experiencing volume flux. Knowing that their program features a small percentage Classical music, we strongly suspected this may be the incentive.

Before we could say for sure though, we took the time to analyze their active playlists, specifically the Dynamic Gain Variance which breaks down the difference in volume from a track’s quietest point to its loudest. Examining the in-depth data report, we found that if there is a difference of 10 db or more from those two points within a given track, listeners may experience volume fluctuation.

“This will be very helpful and I will pass this to my contract manager. Great work as usual!” – Vin M., Central Communications Systems, Inc.

Sharing this report with their delegates further educated them on the elements of the music they’ve chosen, allowing their on-site music programmers to filter out the tracks that caused this issue. As a result, the airport has a linear volume throughout it’s space.